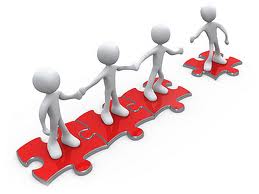 Airborne Law Enforcement: Can Regionalization Work?
Some say “yes” to the cost-saving benefits, but others aren’t completely convinced

The fiscal picture, particularly municipal budgets, continues to be shaky at best. With many local and state governments struggling to balance their budgets and hold the line on taxes, the challenges seem to mount. Agencies are being asked to do more with less. The ugly prospect of layoffs has already hit some agencies, and they loom large for others. The tough question for law enforcement administration is how to continue to provide for the safety of the communities they serve and the working officers. Are there any solutions that can be implemented that can save money yet still provide essential services?

Regionalization of certain responsibilities and resources has been explored in the past with mixed results. The idea of one police academy, one police laboratory and one very specialized unit serving several jurisdictions seems like a wonderful idea. Although useful and practical, airborne law enforcement is expensive. Is regionalization an idea that can work?

The critics of regionalization point out the pitfalls that have doomed previous efforts. How much of a financial share does each agency have to burden? If four agencies participate in a regional airborne law enforcement unit but one agency only uses the unit about once a month, should they be expected to pay 25% of the budget?

What about dispatch priorities? If the airborne law enforcement unit is working an active perpetrator search in Jurisdiction A and a vehicle pursuit begins in Jurisdiction B, who gets priority to use the aircraft?

Sadly, what has often been the largest issue, largely out of the control of the regional airborne unit, is the personality of politics. The regional unit is running fine, the officers on the ground are enjoying excellent support and then politics among elected officials causes one jurisdiction to drop out. The reason is most often a clash of personalities rather than financial.

Obviously, the greatest advantage is cost savings. Spreading out the costs across several municipalities saves money and allows them to still provide the service. The best way to make sure regionalization works is to ensure all parties involved know the expectations and limitations of the airborne unit. Have a written agreement that clearly defines response priorities. Obviously, imminent life threats have priority over all else but what about when all four jurisdictions want the aircraft for their Memorial Day parades and related events. How will the resource be allocated?

One way to address the question of an agency using the aircraft sparingly is to have an annual fixed cost that provides for hangar rental, certain scheduled maintenance items, insurance, etc., and they pay per hour if the resource is used. Example: If the city police use the aircraft 70% of the time and a rural jurisdiction only uses it 5%, then each agency would pay for only the time is used. Obviously, this adds an administrative burden for the regional airborne unit as costs, and records must be precisely maintained.

The St. Louis County PD has operated an aviation unit since 1971, and the St. Louis City PD started airborne operations in 1996 with a surplus OH58. In 2003, St. Louis City PD were considering shutting down their aviation unit. In addition, St. Louis County drastically cut back airborne operations. Ironically, at the same time, the St. Charles County Sheriff’s Department was interested in starting an aviation unit. All three agencies were able to sit down and discuss the possibilities of a regional unit. This would help eliminate some of the budget constraints and stop the duplication of effort.

In July 2004, the Metro Air Support Unit was formed, with funding and staffing from St. Louis County PD, St. Louis City PD and the St. Charles County Sheriff’s Department. A nonprofit foundation was formed as well to assist in funding and building corporate partnerships. The foundation assists in funding equipment that’s beyond the scope of the municipal budget. The regional operation opened the door for federal and state grants, totaling more than $3 million, including the funding for a new MD500E.

The Metro Air Support Unit of St. Louis has now been in operation for five years and the multi-jurisdictional unit has received a great deal of support from the political forces of all three jurisdictions. Today, the unit operates six helicopters, three MD500E’s, three OH6’s and one Cessna 172. It covers 1,500 square miles, with a population served of more than 1.5 million.

“The bottom line is that without the regional effort, we would have had to shut down our airborne law enforcement operations like many other jurisdictions,” said Capt. Kurt Frisz, St. Louis County PD and eastern region director of the Airborne Law Enforcement Association.

The southern Wisconsin Law Enforcement Aviation Coalition (LEAC), better known as the Air-One Search & Rescue helicopter program is a progressive program that has proved successful in northern Illinois. This program supports several agencies that together provide air support to fire, EMS and law enforcement agencies throughout the Northern Illinois and Southern Wisconsin region. These helicopters are frequently called upon by local agencies that would otherwise not have airborne capabilities available.

What makes this airborne law enforcement unit distinctive is best described on the LEAC Web site: ″LEAC is a not-for-profit, charitable organization comprised of dedicated public service volunteers who share common values with a goal of enhancing public safety and the safety of law enforcement officers and fire fighters throughout the region.”

In just a few short years, LEAC has been able to grow from one privately owned helicopter to four military surplus aircraft and was recognized for their efforts in the Hurricane Katrina relief operations.

Thinking Outside of the Box

It’s natural for law enforcement officers to want to provide the best service in support of our profession. Frankly, few of us care about the politics, but they impact our operations. In these difficult financial times, it’s prudent for us to examine all possibilities with an eye towards getting the mission done safely and effectively. 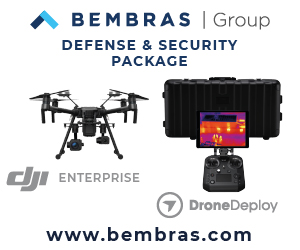